Manila, PHILIPPINES: Filipino-Lebanese Fatima Fakha, aged 4, daughter of a Filipino worker living in Lebanon, plays with her doll upon arrival at Manila's airport, 29 July 2006. There are an esimated 30,000 Filipino workers in Lebanon and the same number in Israel whose lives could be in danger if the conflict continues to escalate. Several hundred Filipino workers have been already been safely repatriated, and diplomats are scrambling to get thousands more to safety with the help of foreign government and humanitarian organizations. AFP PHOTO/Joel NITO (Photo credit should read JOEL NITO/AFP/Getty Images) 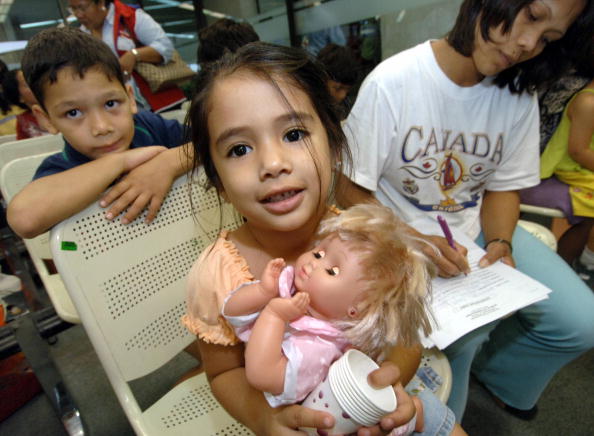